The Formation of the Ries Crater 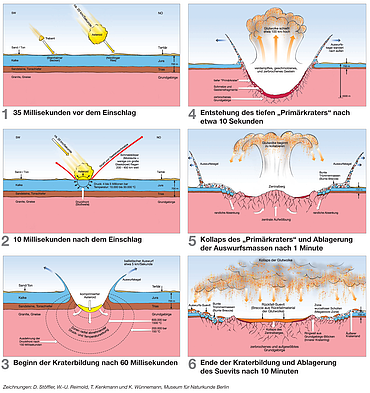 The formation of the Ries Crater explained in six phases

About 15 million years ago, a cosmic body races toward Earth. This asteroid, about 1 kilometer in diameter, is accompanied by a satellite about 150 meters in diameter (figure 1). Traveling over 70,000 km/h, both crash into the Alb highlands and create two craters with diameters of 25 and 4 km, respectively: the Nördlinger Ries and the Steinheimer Basin.

At the point of impact the pressure reaches several million bar and the temperature more than 20,000 ˚C (figure 2). The asteroid and parts of the struck rock vaporize or melt. A pressure front (shock wave) races at supersonic speeds through the deeper lying rock (figure 3), changing the rock and leading to the formation of high-pressure minerals like coesite, stishovite and diamond. In the first seconds after the impact, a crater forms that is 4.5 km deep (figure 4). The ejected rocky masses form a continuous blanket of ejecta (Bunte Trümmermassen) extending as far as 50 km away. At the same time a glowing cloud shoots into the atmosphere. The deep crater exists for only a few seconds.

The floor of the crater, where rocks of the crystalline basement are exposed, rises up in the center (figure 5). At the same time, large blocks of rock slide down the steep sides, so that the crater becomes wider and the original crater rim less distinct. The central uplift collapses, forming an elevated inner ring. After just a few minutes, all rock movements end. As the glowing cloud collapses, its shattered and molten components rain down, depositing up to 100 meters of rocky mass—called Suevite—in the crater and in isolated areas outside of it (figure 6). 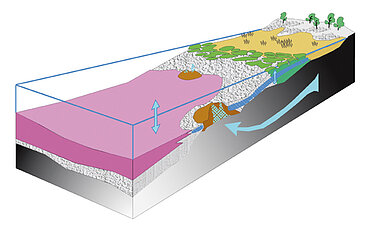 The inner crater ring represents the remains of the original crater rim. Huge displaced blocks (megablocks) lie between the inner crater ring (crystalline wall) and the outer crater rim. The impact extinguishes all life within a radius of more than 100 km and has a lasting effect on the landscape.  Following the impact there is no outlet in crater basin so gradually a nutrient-rich salt lake forms, in turn depositing bituminous shales and clays.  In contrast, on the shoreline and in the shallow waters of the inner crater ring, dolomitic green-algae reefs, calcareous spring deposits and fossil-rich calcareous sands form.

The fauna includes large populations of just a few species—small salt-water snails, insect larvae, brine shrimps and ostracods—as today in salt and soda lakes in dry areas. After two million years, and right before it dries up for the last time, the Ries Lake becomes a hospitable body of water enriching habitat for numerous small mammals (bats, hares and hamsters) and birds (pelicans, flamingoes, parrots). 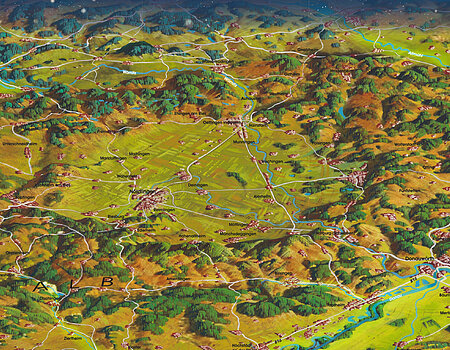 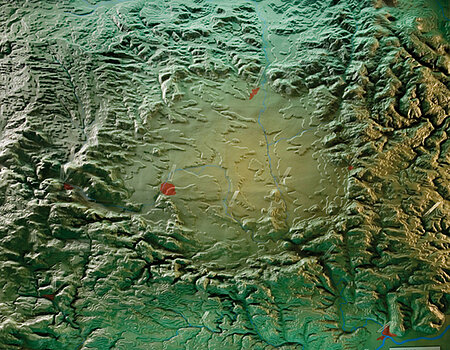 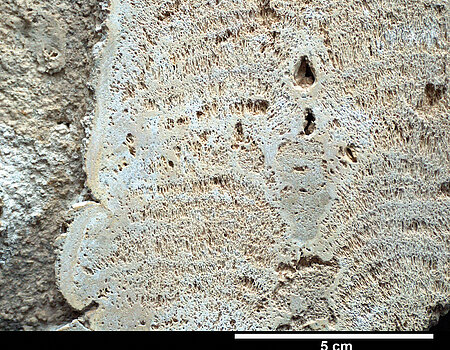 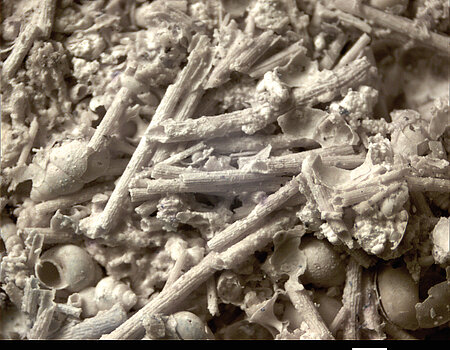 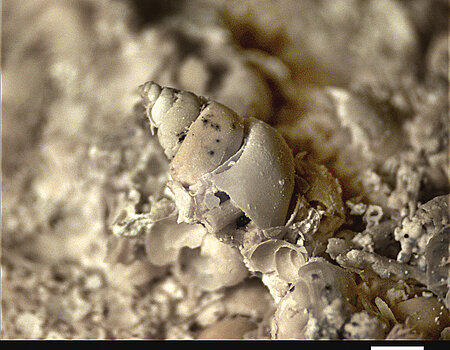 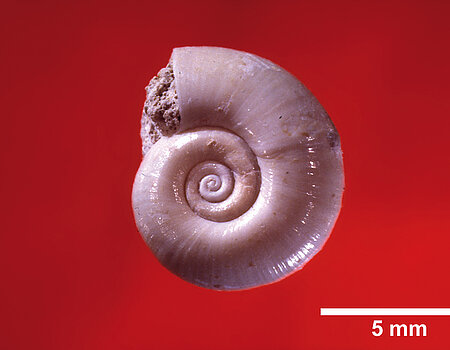 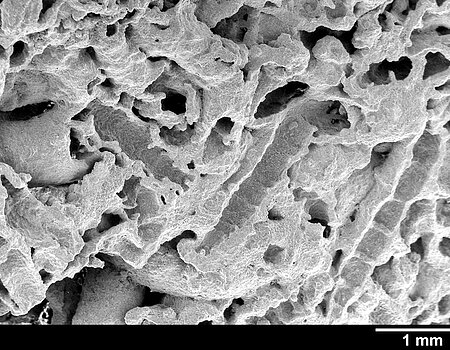 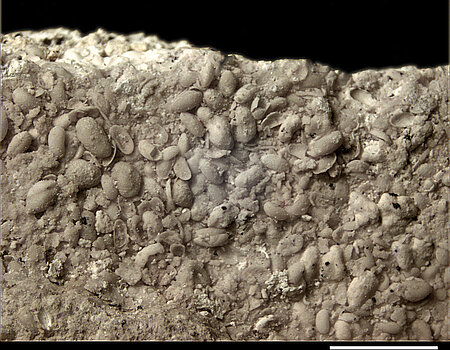 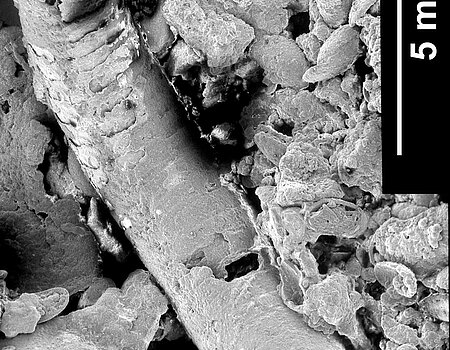 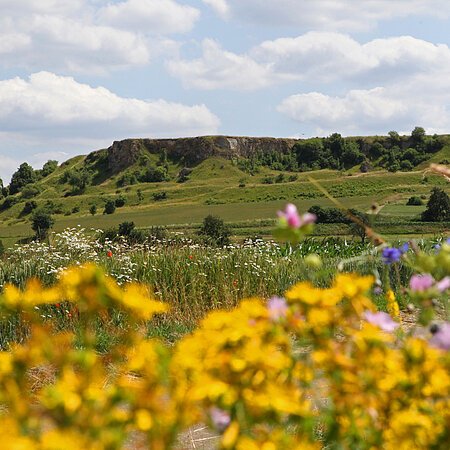 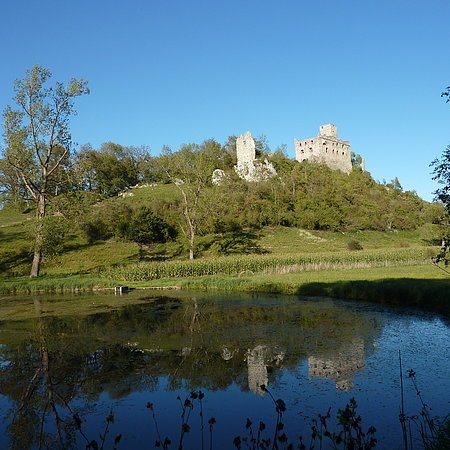