The use of Suevite in architecture

The Suevite created by the impact of the meteorite was used for construction purposes by the Romans in the Ries and its surroundings. It was the construction material for numerous buildings in Nördlingen and its environs, especially in the Middle Ages. For example, St. George’s Church with “Daniel” is almost entirely built out of Suevite.  Whether the construction material actually originated from just one quarry (Altenbürg) is not known.

Besides in religious buildings, the rock was also used to construct secular structures in the areas where it naturally occurred. In Nördlingen, parts of the city hall, the Baldinger gate and other gate structures as well as parts of the city fortifications (e.g., the Berger wall section) are built out of this rock.  In Nördlingen’s surrounding area, Suevite is used in the Harburg fortress and in many village churches, among others. In Munich, Suevite can be admired as a construction component in the Deutsches Museum and the building formerly the royal Bavarian Verkehrsministerium. There are even some buildings in Berlin that are constructed from Suevite.

Of special significance is the use of stable rock for design purposes. Examples include parts of the outside staircase on Nördlingen’s city hall (built in 1618 by City Master Builder Wolfgang Walberger in the late-Gothic and Renaissance styles), mid-reliefs (Schneidt’sches house) and numerous archways of buildings (Sparkasse, Schneidt’sches house, Museum “augenblick”). Many of these archways were probably also painted (Reihl’sches house, Alte Schranne).

The advantages—but also the problems—of the use of Suevite in construction are explained by its formation. The rock is ultimately sediment that formed when loose materials consolidated over time (diagenesis). Hence it can be described as “the porous, rough breaking rock has very variable consistencies as a result of irregular cracks and separating planes and zones of moderate consolidation.” (Weinig, 1987) Nevertheless it is good to work by hand.

The difficulty is its weather resistance—or rather its susceptibility to weathering. Damage from weathering can appear remarkably close to area appearing stable. Here the intensity of the mechanical consolidation and the appearance of precipitated mineralogical binding agent (calcite) play important roles. Especially the latter reacts very sensitively to changes in environmental conditions and therefore can weather easily. The results are loosening and peeling of the rock. 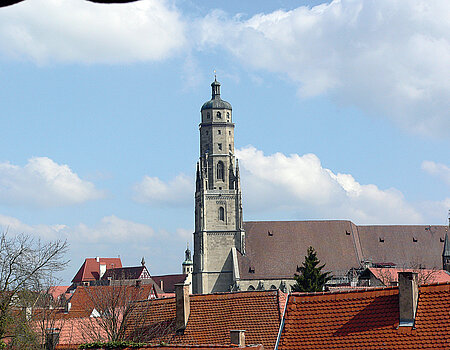 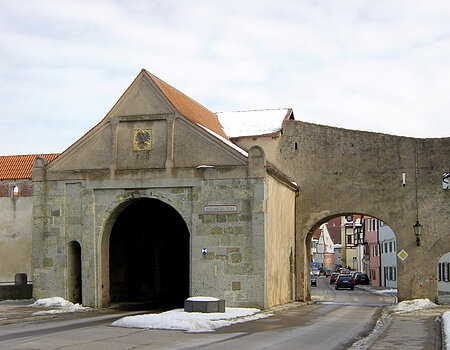 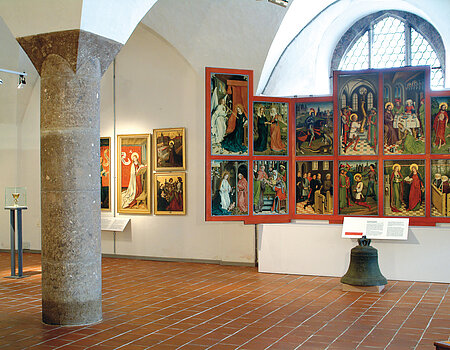 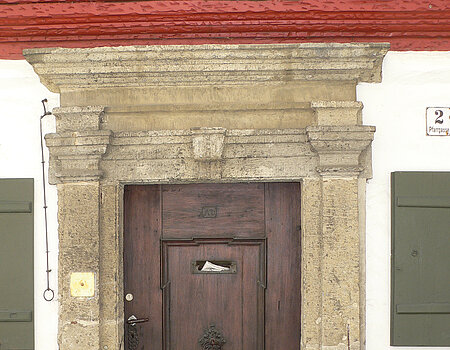 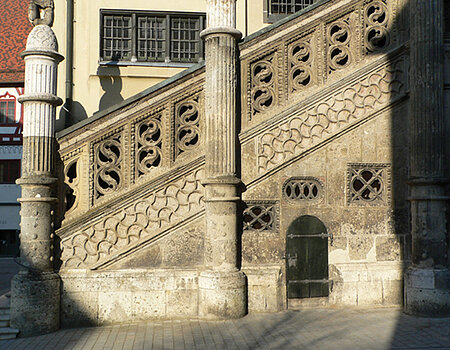 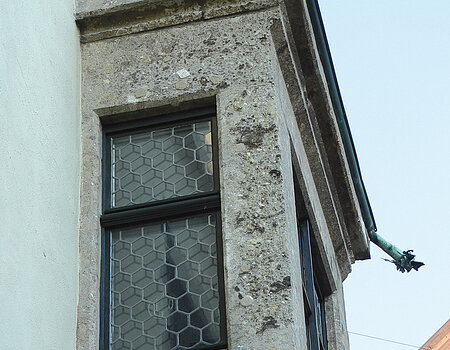 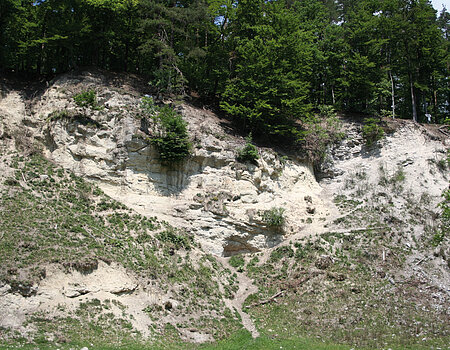