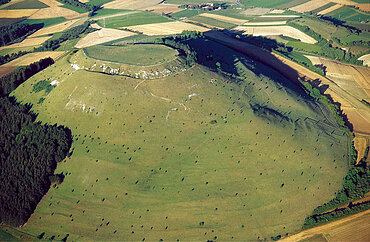 Early Celtic Fürstensitz on the Ipf

The Ries is regarded as a treasure trove of pre- and early history and exhibits an impressive continuity of settlement: from the Paleolithic through the Roman and Alemannic periods to state development of the Middle Ages to the early modern period. Nobility, cities, monasteries and churches created a multifaceted cultural diversity. The place names that end in “–ingen” and “–heim” bear testimony to the Alemannic and Franconian settlement history of the Ries. The settlement history of the Eastern Alb District that extends into the Ries is closely associated with the history of Nördlingen.

The flat plain of the fertile Ries basin and its favorable location at the intersection of spheres of cultural influence were prerequisites for early settlement activity since the Middle Paleolithic Age and for the development of a self-contained cultural environment.

In the Celtic Hallstatt period, on the Ipf hill of the Swabian Alb, an important Fürstensitz (“princely seat”) arose. As the center of an entire cultural province, its influence certainly extended into the Ries plain. The Ipf belongs to an exclusive group of just about 20 of these significant settlements in Central Europe. 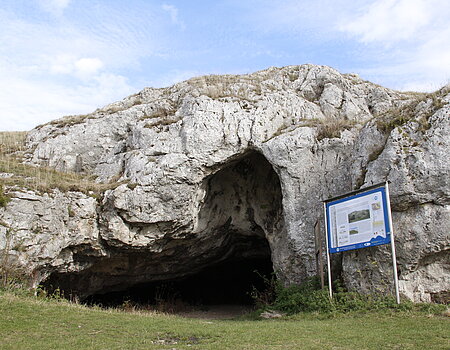 Great Ofnet Cave on the Riegelberg on the Shepherd’s Way 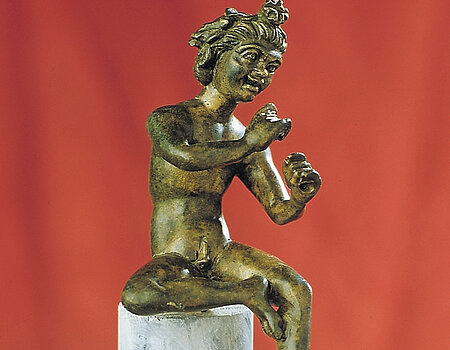 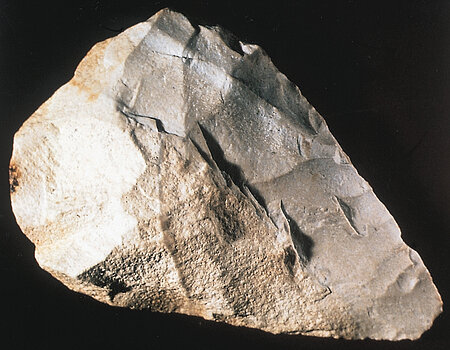 Considered one of the oldest artifacts of the Ries: 9-cm-long hand axe from the foot of the Rollenberg near Großsorheim 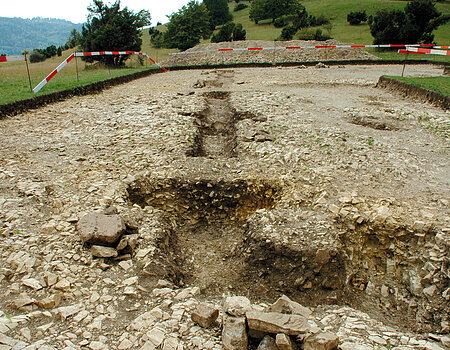 Excavation of remains of Celtic settlement on the Ipf 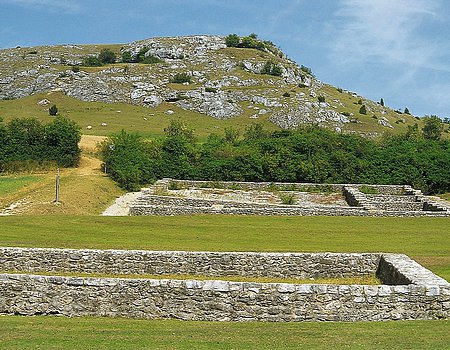 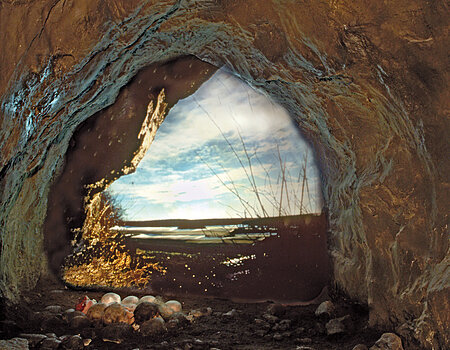 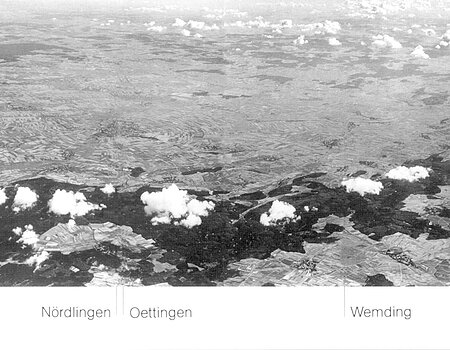 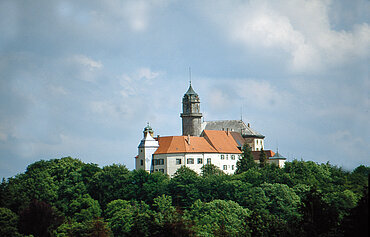 There are many reasons to refer to the Ries and its environs as a land of fortresses and castles:  preserved fortresses and castles as well as castle stables and ruins testify to the enormous wealth of the former lordships, only seldom encountered.  Highlights include Harburg, one of the largest, oldest and best preserved fortresses of southern Germany, Baldern Castle, the ruins of Niederhaus, and also the Residence Castle of Oettingen with its precious stucco and famous ballroom.

Among the most important church-monastic sites are the former Benedictine monasteries of Auhausen and Mönchsdeggingen, Cistercian convents Kirchheim and Klosterzimmern, Carthusian monastery Christgarten, city monasteries in Nördlingen, Donauwörth and Wemding as well as numerous churches—often with decorations important for their art history as well as aesthetic value—in towns and villages.

Discover the attractions in the Geopark Ries 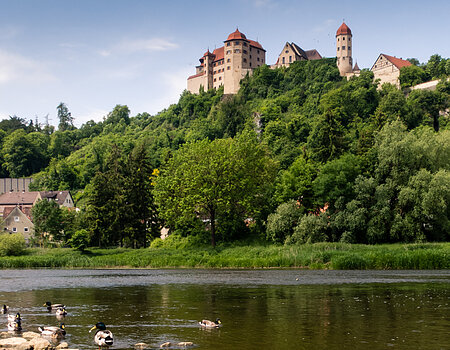 Harburg Castle, one of the largest fortresses in southern Germany 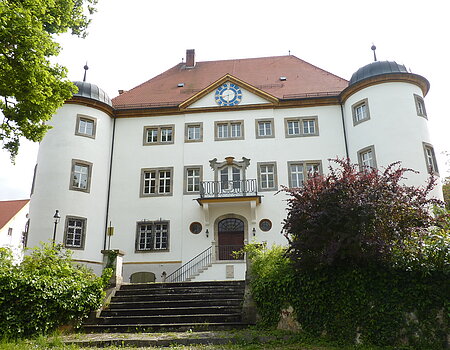 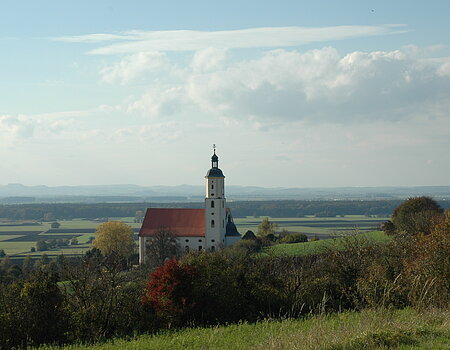 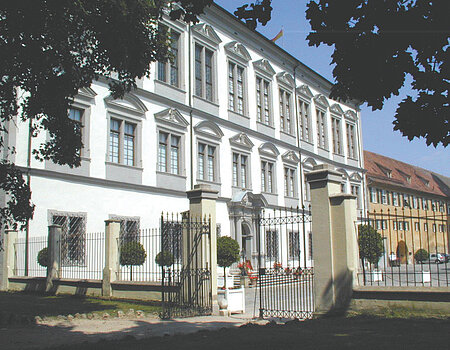 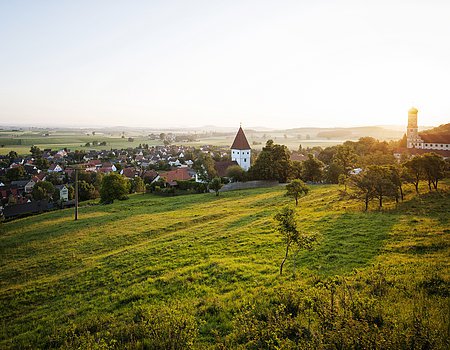 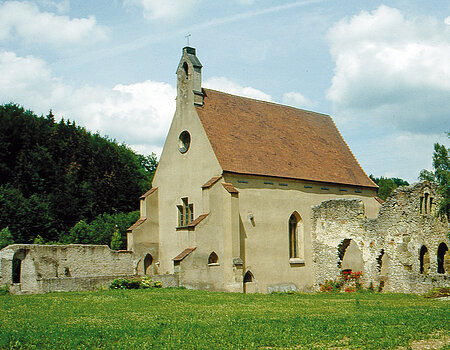 Cities and towns played a significant role in shaping the cultural landscape: the former Free Imperial Cities of Nördlingen, Bopfingen und Donauwörth (until 1608); the former Residence Towns of Oettingen and Wemding (Bavarian since 1467); and the castle and town of Harburg, which fell to Oettingen in the mid-13th century and was a residence from 1493 to 1549. 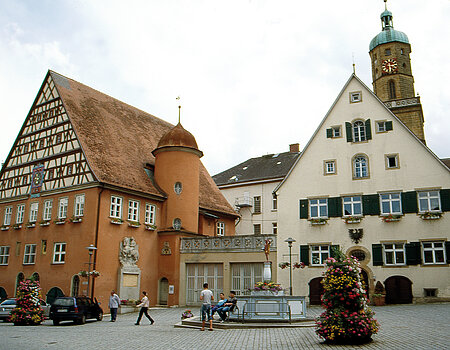 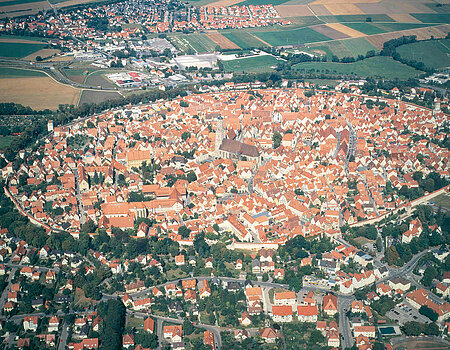 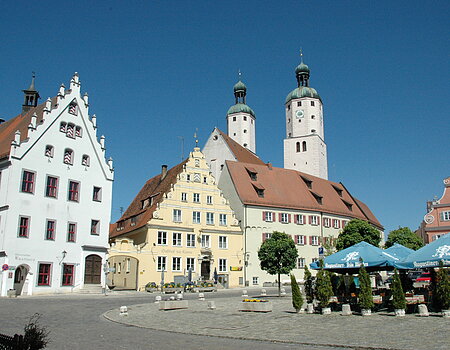 The Geopark Ries hosts a large number of pre- and early history archeological monuments. Stone Age caves attest to the fascinating past of the Ries basin—as do the Celtic Fürstensitz, ramparts and burnt offering sites of the Metal Ages.  In addition there are abundant remains from Roman and Alemannic sites in the Geopark Ries. All sites are noted as points on the interactive map—just zoom in to identify the exact location of the archeological site. Click on the symbol to open an info-window with further information and a route description.